New Zealand's body for software and IT professionals 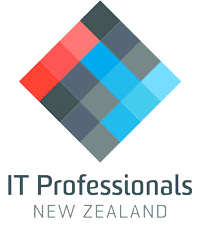 About IT Professionals NZ

IT Professionals NZ (ITP) is New Zealand's leading body for those working (or studying) in Software and Information Technology (IT) related fields.

With thousands of members across the country and direct relationships with Government, academia and the industry, ITP is the authoritative voice of the Information Technology profession and the largest IT representative body in New Zealand.

ITP runs hundreds of presentations, events and courses for IT professionals alongside a suite of projects from school outreach to tertiary accreditation, mentoring, certification of IT Professionals and much more.

ITP has been representing the profession for 59 years and hosted the main tech conference in NZ for much of this time. After an extended hiatus, ITP (then the NZ Computer Society) began running regular conferences again with the major 50th Anniversary Conference in 2010, followed by a series of successful conferences culminating in the creation of ITx in 2016.

ITP has now runs an annual conference, with the large collaborative ITx every second year in a main centre, with ITx Rutherford conferences in regional centres on alternate years.

Find out more about ITP